‘Masters of the Universe’ Live Netflix Movie: What We Know So Far

Johnnie Gross October 18, 2022 The Universe Comments Off on ‘Masters of the Universe’ Live Netflix Movie: What We Know So Far 6 Views

As mentioned, Netflix is ​​investing heavily in the masters of the universe IP. The Mattel franchise started in the 80s and has seen a resurgence recently, with Netflix producing and releasing two series.

The biggest of the Netflix projects to date has been the Kevin Smith-produced (and rather controversial) animated series called Revelation. Part 1 and 2 were released in 2021. Netflix released a younger anime series called He-Man and the Masters of the Universe. Bubbling for years, however, has been a live-action He-Man movie, and it looks like it’s heading to Netflix.

History of the masters of the universe live action movie

It’s been years since Sony originally announced that it would be developing a live-action movie, so let’s review all the official news and rumors regarding the project.

One way or another, the Masters of the Universe live-action project has been growing since 2008, with many names involved in the storyline and the project over the years.

Warner Brothers originally owned the project before it was transferred to Sony, with names like John Stevenson, Jon M. Chu, McG and David S. Goyer involved.

Fast forward to 2019, after years of silence, Noah Centineo (known for Netflix’s To all the boys franchise) said he was involved in the project, which Sony was slated for release in cinemas by the end of 2019. That didn’t happen, it was delayed, and the project was quiet again .

In April 2021, Noah Centineo announced to Collider that he had left the Sony film. 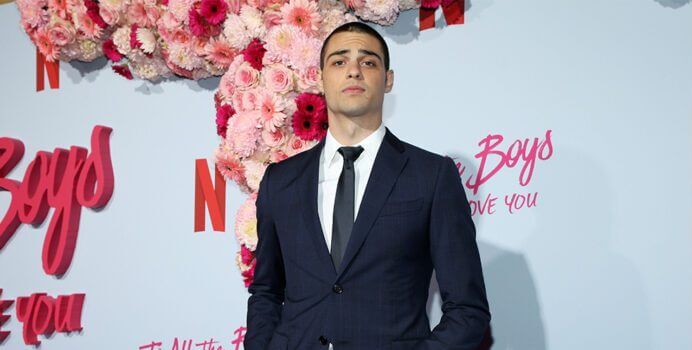 In July 2021, David S. Goyer spoke to The Hollywood Reporter about the film, saying he liked the script, adding:

“What I liked the most was that it was mostly a friendship between He-Man and Battle Cat. The idea was that there were always He-Men and different recipients of the sword of power, and that Battle Cat had always served alongside them. And this was a new He-Man that Battle Cat and a lot of people didn’t think was worthy of the sword. So it was a story of the character who won the sword but more importantly who won the friendship of Battle Cat who just thought this guy was a lightweight I really like that I thought it was a fun story There had a lot of humor in it, and it gets to you because Battle Cat reluctantly accepts it, and it’s Battle Cat’s acceptance of He-Man that gave this version of the story the heart.

The last time we heard of the project came in the summer of 2021, with GiantFreakinRobot reaffirming that it’s coming to Netflix and stating that “Netflix went through several scripts before deciding on the right idea for Masters of the Universe”, adding, “The new story of their take will further develop Prince Adam’s motivations and personal connection to Skeletor, the ultimate villain for He-Man. It’s also going to do more to develop the relationship between Prince Adam and Teela, giving a richer romantic subplot than we’ve seen for our main character in the past.

Finally, a new production listing from ProductionWeekly in December 2021 suggests that the project is still in progress.

In January 2022 it was official, the project moved to Netflix and replaced Centineo with Kyle Allen.

The Hollywood Reporter states, “Sony will retain both theatrical and streaming rights to the film in China.”

The film is said to have a budget of at least $100 million.

Let’s review what the production list says. Let’s start with the story:

“In a distant and mystical land, the wimpy Prince Adam lives the life of royalty. Unknown to all but a few close friends/allies, Prince Adam is actually a hero, the mighty He-Man. Along with his friends (such as Teela; his father, a man-at-arms; the mysterious Orko and his powerful friend/replacement horse Battle Cat), He-Man battles the evil Skeletor and his minions for control of the world, and, more importantly, , for control, power, and “the honor of Greyskull,” the mysterious castle from which He-Man derives his powers. Among the production companies involved in the project are Escape Artists, founded by Steve Tisch, Todd Black and Jason Blumenthal. They are behind films such as A newspaper for Jordan, The equalizer, and Ma Rainey’s Black Bottom. Franklin Entertainment, Phantom Four and Mattel Films are said to be involved.

The listing notes that Aaron and Adam Nee will serve as writers and directors for the film. He also notes that Art Marcum and Matt Holloway are on board as writers.

Which characters will appear in masters of the universe?

What’s on Netflix can exclusively reveal some of the characters that will be featured in the upcoming film:

As mentioned, Kyle Allen (TwitterInstagram) will play Adam/He-Man in the upcoming film.

Allen is best known for being a regular on Hulu’s The Path series and starred in West Side Story, the in-between, and The greatest beer race of all time. When will production on Masters of the Universe begin?

After so many delays, production dates are to be taken with a grain of salt. According to ProductionWeekly, the film was at some point scheduled to begin production on June 13, 2022 in New Mexico. This does not happen.

Instead, Kyle Allen updated us all in October 2022, saying the film will begin with filming in April 2023. Additional production listings indicate the film will shoot in Vancouver and Prague.

Allen said in the clip:

“It’s spectacular, we’re going to start filming in April, so it was just a matter of waiting and preparing and getting the whole story and everything in perfect order.”

Allen also added that he would prepare by doing 6 hours of training a day to step into the role.

We’ll keep you posted on all Masters of the Universe updates as we receive them. Let us know in the comments if you’re looking forward to this movie.

Anil Kapoor loves the experience of being a grandfather, and in a recent chat with …