Unraveling the evolution of the Milky Way with big data

A group of astronomers, including an amateur astronomer, have discovered a new galaxy in deep space.

Astrophysicists from the University of Surrey, the Instituto de Astrofísica de Andalucía and amateur astronomer Giuseppe Donatiello, who heads the National Deep Sky Research Section of the Italian Union of Amateur Astronomers, have spotted the galaxy Fish VII / Sort III.

More research is needed, but it is possible that Pisces VII / Tri III is an isolated dwarf galaxy or a satellite of the Triangulum galaxy (M33), a spiral galaxy 2.73 million light years from Earth.

If this is indeed an isolated dwarf galaxy it would be the weakest field galaxy ever spotted and if it is a satellite it gives further insight that the theory behind galaxy formation is correct.

A group of astronomers, including an amateur, discovered a new galaxy, Galaxy Pisces VII / Tri III 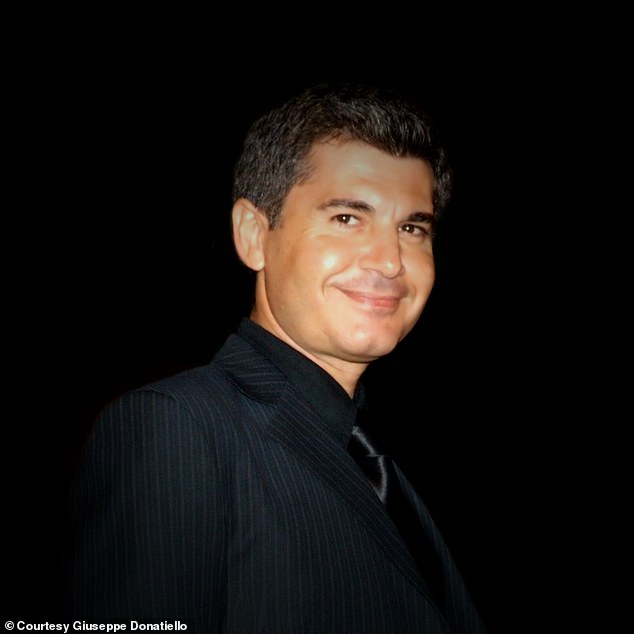 Donatiello said he found the galaxy by looking at public images from the DESI Legacy Survey to find new galaxies in the Andromeda system when he came across Pisces VII / Tri III.

“I found Pisces VII through visual inspection in public images from the DESI Legacy Survey, precisely in order to identify new satellites in the Andromeda system, outside of areas already studied in the past,” Donatiello said in a statement.

“I knew the likelihood of finding something new was real and I was right. No new galaxies have been found in the Andromeda subgroup since 2013. ‘

The implications of whether it is a dwarf galaxy or a satellite are quite significant for astronomers.

Emily Charles, a doctoral student at the University of Surrey who worked on the project, said in a separate statement: “Theoretical knowledge about the formation of galaxies means that we expect to see many more small galaxies orbiting the planet. Triangle galaxy, M33.

“However, so far it has only one known satellite. If this newly identified galaxy belongs to M33, it could imply that there are many more that have yet to be discovered as they are too weak to appear in previous investigations of the system.

“M33 is currently challenging the assumptions of astrophysicists, but this new discovery is starting to reassure us that our theories are correct.” 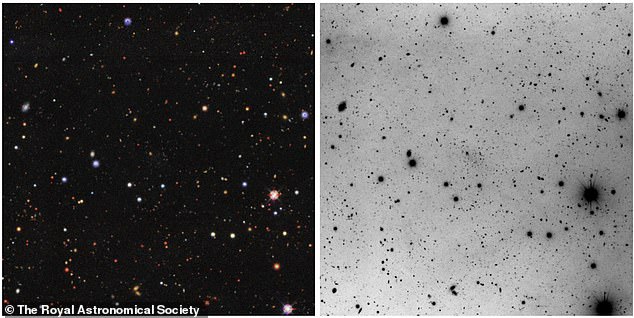 The discovery was made using the National Galileo Telescope.

After analyzing the data from the GNT, it was determined that “the absolute magnitude and an early estimate of the distance, estimated to be around 3.2 million light years,” the statement said.

If it is indeed estimated to be around 3.2 million light years away, it is probably an M33 satellite galaxy, but if it is further away it would likely make it a dwarf galaxy. 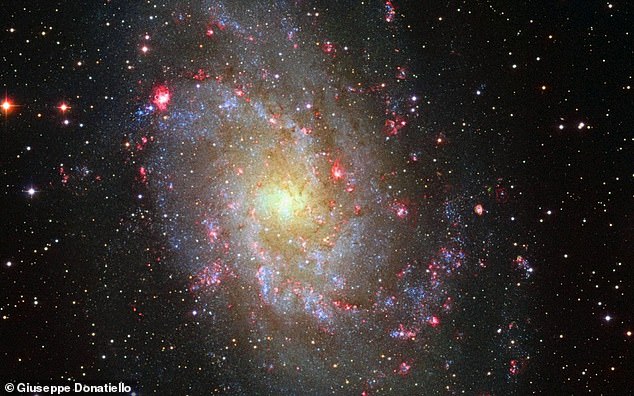 “Hubble’s depth imaging would allow us to reach fainter stars that act as more robust distance estimators because they have standard brightness.

“To confirm the movement of the new galaxy, we need images from an 8 or 10 m telescope, like Keck or Gemini.”

The study was published last month in the scientific journal Monthly Notices of the Royal Astronomical Society.

Astronomers continue to learn more about dwarf galaxies and their structure.

In February, scientists confirmed that a dark matter halo surrounding a dwarf galaxy 163,000 light years from Earth is significantly larger than previously thought.

Last month, researchers discovered that more than 1,600 rapid radio bursts emanated from FRB 121102 over a 47-day period in 2019, believed to originate from a dwarf galaxy 3 billion light-years from Earth.

NASA’s Hubble Space Telescope is still in operation and has made more than 1.3 million observations since its mission began in 1990

The Hubble Telescope was launched on April 24, 1990 via Space Shuttle Discovery from Kennedy Space Center in Florida.

It is named after the famous astronomer Edwin Hubble, born in Missouri in 1889.

He is arguably most famous for discovering that the universe expands and the speed at which it does so – now invented the Hubble constant.

The Hubble Telescope is named after famous astronomer Edwin Hubble, born in Missouri in 1889 (pictured)

Hubble has made more than 1.3 million observations since the start of its mission in 1990 and has contributed to the publication of more than 15,000 scientific papers.

Hubble has a aiming accuracy of 0.007 arc second, which is equivalent to being able to project a focused laser beam at Franklin D. Roosevelt’s head at a distance of approximately 200 miles (320 km).

The Hubble Telescope is named after Edwin Hubble who was responsible for the Hubble constant and is one of the greatest astronomers of all time.

The launch and deployment of Hubble in April 1990 marked the most significant advance in astronomy since the Galileo Telescope.

Thanks to five maintenance missions and more than 25 years of operation, our vision of the universe and our place within it have never been the same.

Microsoft updated Microsoft Store policies on June 16, 2022. One of the changes prohibits publishers …